On Saturday 15thFeb Tontoma Bi Monthly Sessions will be resuming with a Valentines Edition at 32 East Ugandan Arts Trust in Kansanga Featuring Poetry Performances from Guest Poet Topito all the way from Comoros & Mac nrietta a Female who will be sharing Romantic Poetic Performances as part of celebrating this years Valentines Edition 2020. 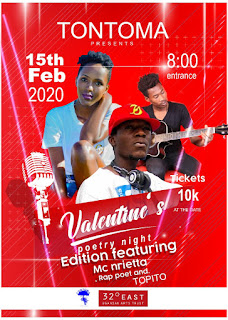 Tontoma Sept Edition will feature talks  and Poetry Performances from Different Poetry Platforms in Uganda  from Kampala including Kwivuga, Babishai Niwe, Kelele, Kitara Nation, Katochi, Afroman Spice, Black Athem,Open Mic and Stubborn Poetry respectively  who will share about their poetry organizations they run and exchange with the Arts Collaboratory Assembly Delegates to see how they can work and collaborate with their respective art centers they run in different parts of the world.

Below is the list of the participates from the Arts Collaboratory Assembly who will be sharing their work and role in the Arts Community in there different regions around the world.

You can find info about each organisation here: http://www.artscollaboratory.org/participants/
Poster Credit: Mos Opten 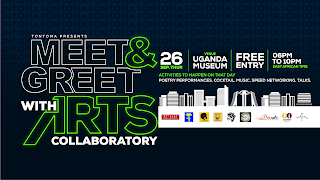 
The Monthly Poetry Night Tontoma Poetry Jazz Session  resumes on 5th July at there Old Home 32 East Ugandan Arts Trust/Kansanga  in partnership with African Nantindi where they will be presenting Two French Speaking Poets all the way from DRC Congo but currently Residing in Kampala Mugay Gideon & Hondi Mushagasha.

Also on the same Night there will be a New Female  Poetic Face Poet Pesh from African Nantindi who will be sharing her Poetry for the first time at the Tontoma Platform and  as  well open to the  Poetry Industry in Uganda at Large.

Also Tontoma Poetry Jazz Session will normally happen on first Friday  every after one Month at 32 East Ugandan Arts Trust in Kansanga. 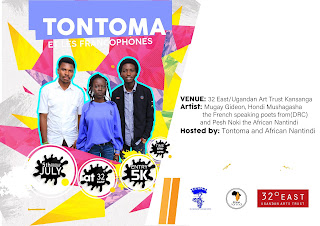 Tontoma Poetry Jazz Session Xmas Special Edition on 6th Dec will mark the end of year 2018 Sessions of Tontoma , Featuring Poetry Performances, Talks, Review of Tontoma Activities of 2018 and a Small Cocktail
Venue : 32 East Ugandan Arts Trust/Kansanga off Ggaba Road just Opp Bank of Baroda
Time: 8pm-10pm
Tickets : 5k only
Get Your Tickets at 32 East Ugandan Arts Trust Reception or Contact Joshua via 0704373142/ 0779763664
You are all welcome to join us as we end the year 2018. 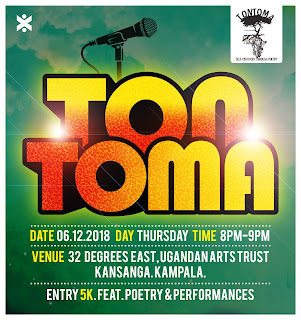 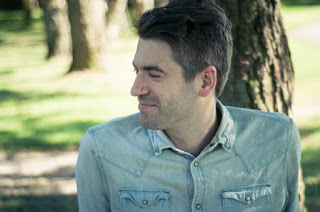 Bohdan Piasecki is a poet from Poland based in Birmingham. A committed performer, he has taken his poems from the upstairs room in an Eastbourne pub to the main stage of the Birmingham Repertory Theatre, from underground Tokyo clubs to tramways in Paris, from a bookshop in Beijing to an airfield in Germany, from niche podcasts to BBC Radio. In the UK, he regularly features at the country’s most exciting spoken word nights, festivals, and readings. He enjoys the creative chaos of big field festivals just as much as the composed concentration of literary events.
Bohdan founded the first poetry slam in Poland before moving to the UK to get a doctorate in translation studies. He has worked as Director of Education on the Spoken Word in Education MA course at Goldsmiths University, and was the Midlands Producer for Apples and Snakes between 2010 and 2017. Since 2012, he has been a regular Visiting Lecturer in Creative Writing at the University of Birmingham. He currently holds the post of General Manager at Free Radical, a Birmingham-based company creating opportunities for young artists with an activist practice. 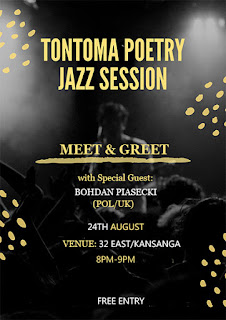 On Saturday 15thFeb Tontoma Bi Monthly Sessions will be resuming with a Valentines Edition at 32 East Ugandan Arts Trust in Kansanga Featuri...